ASU Featured in Microsoft ‘HBCU Experience’ at the World Games 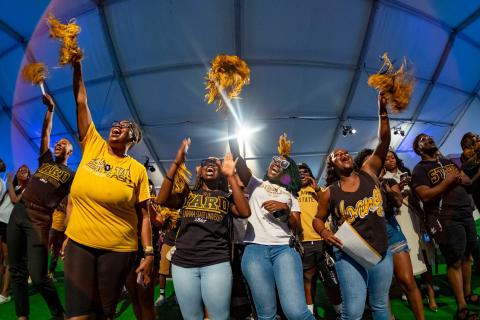 ASU Day at the World Games drew an enthusiastic crowd during the “HBCU Experience” sponsored by Microsoft.

Members of the ASU Street Team and S.O.S. provided Hornet energy that brought “That Ole ‘Bama Spirit” to the event.

-View photos of the event-