ASU Choir Members ‘Stand Up’ with U.S. Army in Video 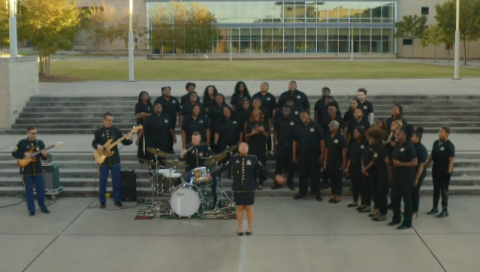 The United States Army Field Band enlisted the Alabama State University Choir for a powerful rendition of the song “Stand Up” from the motion picture “Harriet,”  a biopic of Harriet Tubman.

The “Stand Up” video, which began filming in 2021, was produced to celebrate Juneteenth, a day that is linked to a defining moment in American history: the abolition of slavery.

“They (film crew) did a bunch of drone shots and they wanted to do multi-directional kind of shoots. It was cold the day of filming, which was on a Saturday in front of the Hardy Center… For them (choir members) to give the energy that they did repeatedly, over and over for hours at a time was really a statement about the dedication our students had to really make this work,” said Dr. Kristopher Sanchack, director of Choral. “It took a day to complete the filming.”

With the voices of lead soloist, Sgt. 1st Class Kyra N. Dorn, and 35 members of the ASU Choir, the film shows flashes of  historic sites, such as the Edmund Pettus Bridge in Selma, and footage of civil rights icons Dr. Martin Luther King, Jr. and the late Congressman John Lewis, as well as clips of civil rights marches of today.

“Working with the ASU Choir was inspiring,” said Dorn. “To spotlight what our generation has to offer is uplifting. Their enthusiasm and excitement toward the project were motivating.”

Dr. Cordelia Anderson, internationally known opera singer and assistant professor in vocal Studies at ASU, said she brainstormed with Sanchack to select the music for the video.

“We chose a song that would better speak to our people where we are in this moment… to speak to our University and our community. We were able to collaborate with all the entities involved to make that happen. That’s how the song ‘Stand Up’ was chosen,” Anderson said.

The song “Stand Up,” Dorn said, is a call to arms for change, progression, and a need to move forward.  “It’s a message of hope and inspiration and I’m happy to be a part of it.”

Anderson said a call from her colleague, who is an ASU alumnus and serves in the Army Field Band, Staff Sgt. Kennan McCarter,  jump-started ASU’s involvement in the “Stand Up” project. 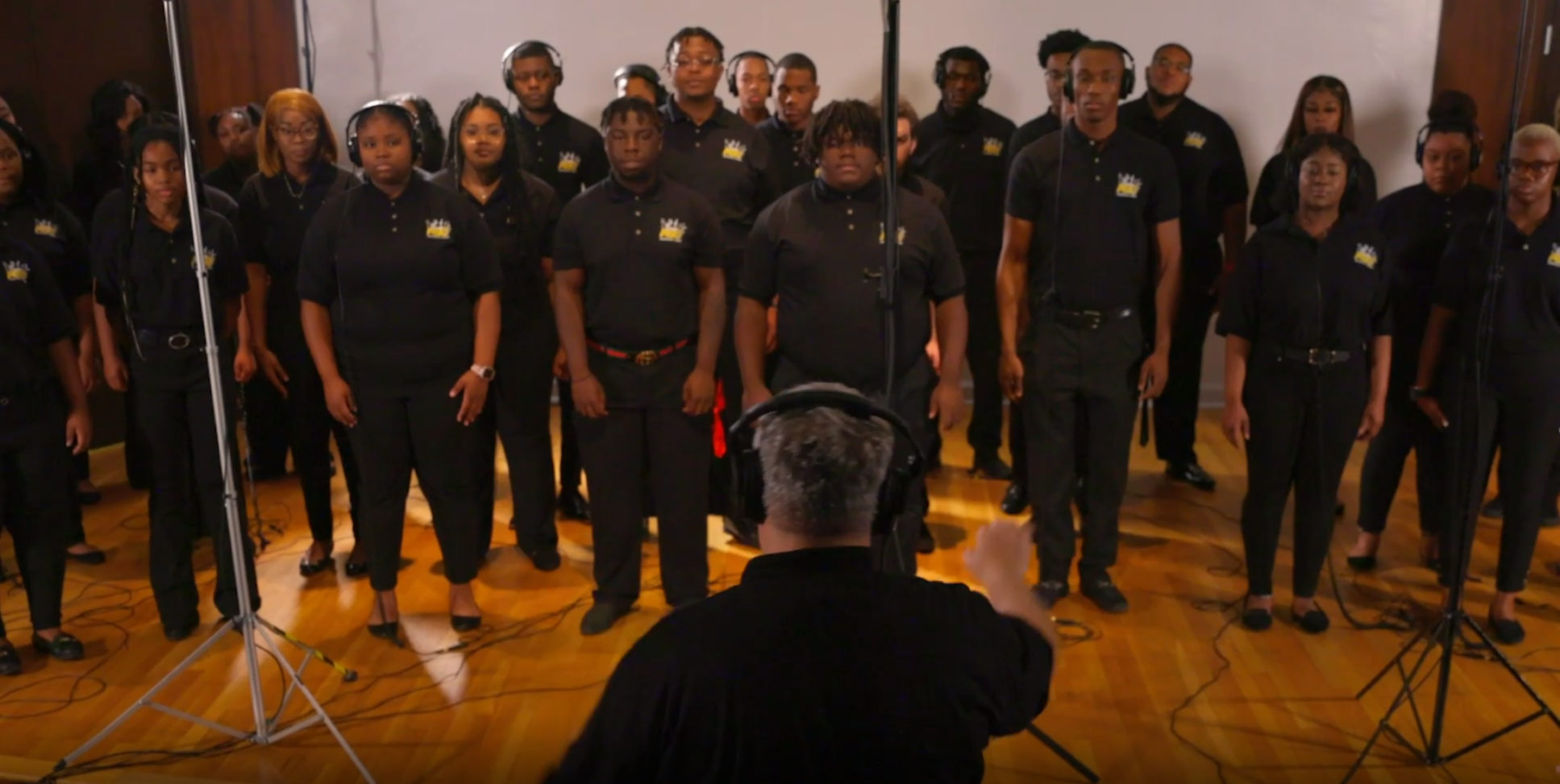 “He talked with me about the ASU choir possibly doing something with the Army Field Band. I said sure.  So, we were connected by another ASU alum,” Anderson said.

Soon afterward, Sanchack received an official email from Master Sgt.  Lauren Urquhart, who works in the office of Strategic Communications for The U.S. Army Field Band, inviting the choir to perform with them on a video to celebrate Juneteenth.

“We have had some ASU graduates in our organization before in our unit…We knew ASU had an amazing choral program. We were in Alabama and…we were hoping to find a group to collaborate with and perform in the video with us. A group member said, ‘Why don’t we reach out to ASU.’ That was Kennan McCarter, an ASU alumnus who is still connected to the University.  We reached out to Dr. Anderson and Dr. Sanchack…who helped us narrow down what piece we were going to do…basically coordinated everything,” Urquhart said.

Urguhart said the video highlights the positive message of Juneteenth.

“I hope when people watch ‘Stand Up’ that they are inspired that they are able to look at where we come from and realize that there is still work to be done and that we are in it together…that the Army is a part of that by lifting up our soldiers and talking about it…that we truly care about the importance of celebrating Juneteenth and of honoring the stories of  our black soldiers and all of our soldiers… and that diversity is what makes the army such a strong force that it is,” Urguhart emphasized.

Anderson noted that it was befitting that ASU was selected for “Stand Up.”

“ASU was founded literally two years after all that transpired with Juneteenth. So, it’s a great connection to see how ASU was birthed immediately after slavery...It’s amazing that our school and our students so happen to be part of this project.”

Developing another project with the ASU Choir, Urguhart said, is in the works.

“We will be back in Montgomery in the spring of 2023 and hope, though we haven’t coordinated anything with them yet, to have another chance to meet up with the choir to do something,” Urguhart said. “We also would love to bring the choir out to D.C. to perform.”​

The link to the video is: https://beta.wipster.io/Review/CcWjPQCiY7LJ4itP2GDiimXeNSWHA44FpZe_s5cuEonDOgyP8Q#media=7295112&t=0.001