​​ASU to Be Featured on ESPN’s ‘First Take’ 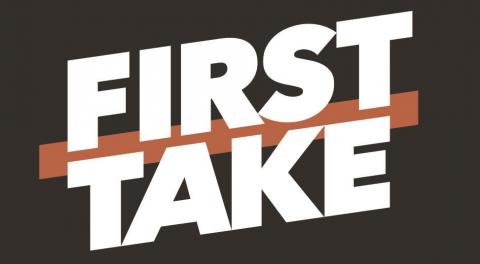 Alabama State University will be featured on ESPN’s “First Take” with hosts Stephen A. Smith and Max Kellerman on September 1.

The popular sports talk show showcased four HBCUs in February. ASU will be the first HBCU to be featured this fall.

Smith, who is a graduate of Winston-Salem State University, has used his platform to highlight HBCUs for several years. After the success of the February shows, “First Take” producers decided to expand the opportunity to other HBCUs.

“Graduating from an HBCU myself (Howard University), it brings me great joy to see HBCUs being spotlighted on a national front,​" ​said David J. McKinnon, an ESPN Content Producer. “It’s important for a show like ​'​First Take,​'​ which also has an HBCU grad​,​ Stephen A Smith, to help make sure more schools like the one he graduated from get more exposure​,​ and being on ESPN and ​'​First Take​'​ should help bring that.  Personally growing up, you didn’t see HBCUs on television. Many schools weren’t funded like they are now. It’s great to see the change in how HBCUs are given more shine around the nation.  We are thrilled and excited to continue the outreach and exposure so many more people not just in the U.S., but also around the world, will know about HBCUs.”

ASU officials say ASU’s national and global exposure will be of great benefit to the University.

“We are extremely excited about this opportunity,” said Lois G. Russell, ASU’s vice president of Marketing and Strategic Communication. “We have been working with the show’s producers to generate content that will highlight Alabama State University in very significant ways. From the show’s opening, to student testimonials and campus scenes, ASU will be front and center throughout the two-hour program. We also will have segments in which our student-athletes ask the debate questions that are a trademark of ‘First Take.’”

Russell said the show will feature a video that was shot by ASU student Azi Hussen, with production assistance by a recent graduate, Kimberly Thomas. The University’s Department of Communications was also involved in the planning and execution of the videos requested by “First Take.”

“This has truly been a collaborative effort,” said Dr. Simone Byrd, ​p​rofessor of Public Relations in the Department of Communications. “When I received the invitation from ‘First Take,’ I immediately reached out to our Marketing and Communications Division so that we could take advantage of this tremendous opportunity. We are extremely grateful to the ‘First Take’ team for helping us place ASU and our students in the national spotlight.”