ASU Band to Perform at Halftime of NFL's Falcons vs. Rams Game 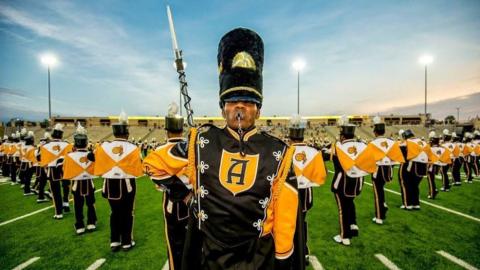 "The invitation for our marching band to perform at halftime for the NFL's Falcons vs. Rams football game is an important tribute to Alabama State University's excellent band program and to its superb student musicians who are widely known nationally for their legacy of high-energy, high-quality performances," said Dr. James Oliver, band director.

Oliver, who has led the band to win countless awards and appear in numerous national television shows and movies and at iconic national events, said that having the band perform during an NFL game is yet another giant step forward for the University band and its students.

"Many of our band members have never seen an NFL football game in person. So imagine the positive buzz occurring now as they realize they will not only see the Falcons and the Rams play, but be the central halftime entertainment at the game itself," Oliver said.

"Out of nowhere, I get a telephone call from one of the NFL's entertainment talent scouts who said its committee members were very impressed with our band, including the talent of our student musicians, the choreography and moves we execute on the field, and the large number of important national venues that we have performed," Oliver said. 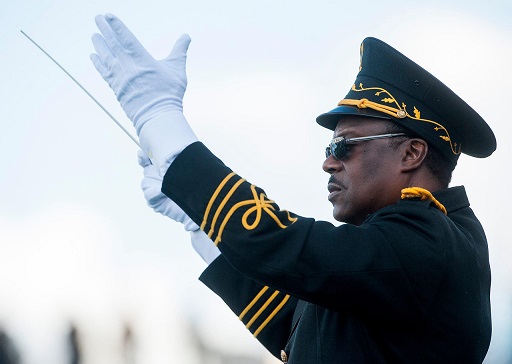 "When you Google the band or look it up on YouTube, you see our band performing on such incredible shows, movies and parades, including Ozzy Osborne's reality TV show, in Academy Award-winning director Ang Lee's movie 'Billy Lynn's Long Halftime Walk' and participating in the Tournament of Roses Parade as the first HBCU band to ever lead the parade. That said, they felt ASU's marching band is among the best in America and I agree," said Oliver with a chuckle.

ASU's band, which has 210 members, will travel from campus in a five-bus caravan. Kickoff will be at 1 p.m. EST.

The excitement is palpable in Oliver's voice as he discusses just what this latest "feather in the cap" of the Mighty Marching Hornets means for the band and the University.

"This invitation is important to Alabama State University in terms of admissions and recruitment of students to attend our school and join our band," Oliver said. "This will do incredible things for all aspects of recruiting, which is great for ASU because we are all about students."