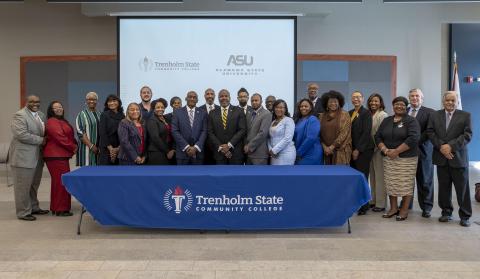 interested Trenholm students a chance to participate in concurrent enrollment, allowing students to take classes at Trenholm and ASU at the same time.

The agreement allows all interested and qualified Trenholm State students who meet identified criteria an effortless transfer process to the four-year university.

“It allows a pathway for qualified Trenholm State students who have earned an associate’s degree to enroll for study at ASU to achieve a bachelor’s degree,” Ross said.

School officials say students could also save thousands of dollars.

“This partnership with ASU greatly enhances the opportunities for our students to become academically successful and it significantly contributes to the national goal of having sic percent of adults with a post-secondary degree,” Munnerlyn said.  “This partnership means that our students will get opportunities and scholarships that are so important with the mounting cost of education across this county.”

Ross said a reverse transfer is one of the key benefits in the agreement.

“A student can leave Trenholm early and come to ASU to finish some course work that will help them get their associates degree then it can reverse transfer back to Trenholm,” Ross said.

ASU and Trenholm State are committed to providing students with a quality education that will prepare students to succeed in their chosen profession.

“Much has been said what this agreement does for both of these institutions. But I think what’s happening today solidifies our commitment to student success, which this agreement is all about,” Ross said.

Ross said the agreement also has an economic impact.

“Much has been said about this agreement, but it goes further than that. Our economic impact with both of these institutions, for this community, as well as this state and nation is overwhelming,” Ross said. “We have an obligation to our community to provide our students with an opportunity of a lifetime. That’s what this agreement and this partnership is all about.” 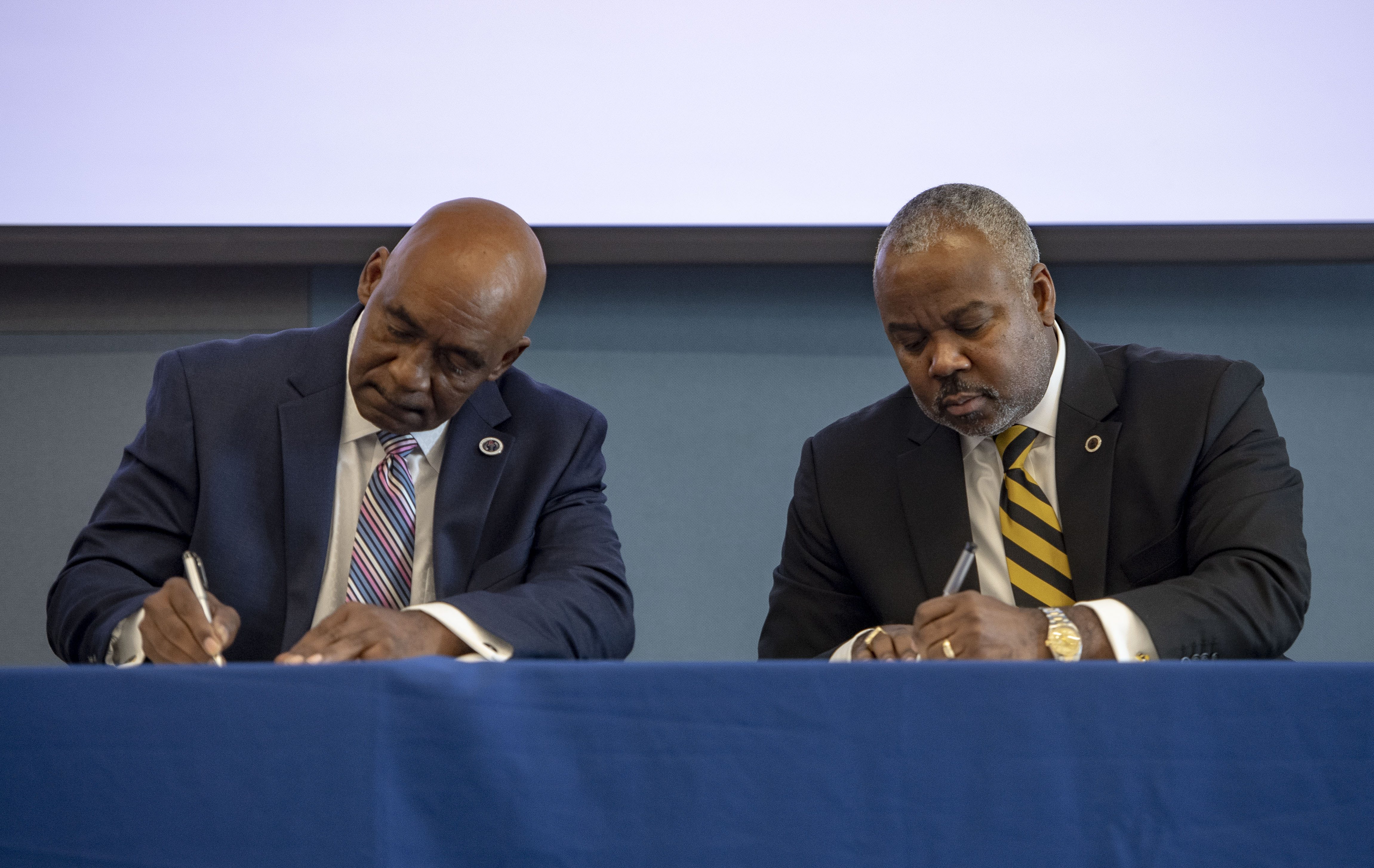 ASU officials are already getting started with the process by welcoming Trenholm students to university life.

“What the partnership does here today is ensures that Alabama State University stays around another 150 years with Trenholm State staying right there with us as a partner because Trenholm state students areASU students,” Ross said.

School officials said the relationship between these two colleges date back many, many years. All four of Trenholm State presidents are alums of Alabama State University, including  Munnerlyn, who received a graduate degree in guidance and counseling from ASU.

“And more important, the historical  significance … when you understand that the name H. Councill Trenholm is the name of a past president of ASU, there has been a connection there since it’s humble beginnings,” Ross said.

Ross was with Trenholm State College before he came to ASU as its 15th president.

“It was here (Trenholm) that I was trained and was taught about student success and making sure we met the needs of this community and the state,” Ross said.

The partnership between ASU and Trenholm State promotes educational progression to support central Alabama and in opening doors for students to gain greater heights in education and in their careers, said officials with both institutions.

"Our students will go on to see the world and it is because of what we provided them here today," Ross added.