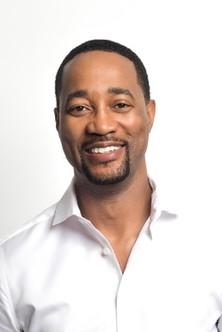 Alabama State University alumnus Yohance Myles will appear in “Ambitions,” a new television drama on the OWN Network, beginning June 18.

“This is such a dynamic cast and crew ensemble. I am honored to be a part of the OWN family and Will Packer Production," Myles said. "We also share this success with Tyler Perry Studios. I am definitely grateful for the writing team for creating this lead recurring character for me. The work completed is a transparent result of my hard work, sacrifice, dedication, and academic training that I received from ASU ‘s Theatre Arts Department. I would like to thank Dr. Tonea Stewart for her wisdom and mentoring throughout these 15 years of accomplishing my Film/TV career. "

Ambitions is a multigenerational family saga centered around one woman Amara Hughes (Essence Atkins), who having recently relocated to Atlanta and intends on revitalizing her marriage, finds herself going head to head with some of the most powerful and deceitful players in the city. Myles plays City Councilman “Kent Hamilton” who is for a community called the Banks in the battle against gentrification. Kent Hamilton (Myles) who is the rivalry to Mayor Lancaster (Brian White), crosses paths with the Mayor’s sister Rondell Lancaster, who is played by actress Brely Evans.

Myles has appeared in several movies and TV shows, including: Queen Sugar (2017), Created Equal (2017), Containment (2016), and many more. He also will appear in the 2019 upcoming movie The Secret starring Josh Lucas and Katie Holmes.