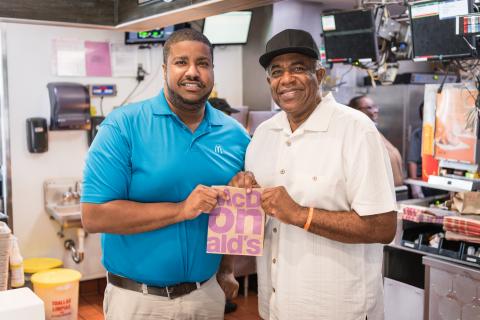 Alabama State University alumnus Larry Thornton Sr. and his son, Larry D. Thornton Jr. (better known as Dale), have been in business together for more than 15 years. The father and son are using that family bond to expand their lucrative Birmingham franchise.

Thornton opened the family’s first McDonald’s restaurant in 1992, becoming the first African American to own a McDonald’s franchise in Birmingham.\

“Dale was 10 years old when I opened my first McDonald’s restaurant. I appointed him Playground Manager,” said a laughing Thornton, a former Alabama State University Board of Trustee member. “His job was keeping the balls in the ball pit.”

Since then, his proud dad said Dale worked his way up the ranks in the family business and purchased his first McDonald’s restaurant in 2006 at the age of 25, making him one of McDonald’s youngest owners/operators.

Thornton remarked that McDonald’s business model values consistency in service, product quality and customer experience.  “That is what one gets in the Thornton Enterprises-owned facilities,” Thornton said.

Thornton was in management at the Coca-Cola Bottling United company when he decided to become a McDonald’s franchisee in 1989.

“My first experience of stepping behind the front counter of a McDonald’s was at Roebuck McDonald’s where I started my 18-month training, which I had to maintain confidentiality, to become a McDonald’s franchisee,” said Thornton.  “At the time, I was the Advertising Manager at Coca-Cola.  On my first day of training, in walks three of my Coca-Cola department head colleagues.  I was wearing a headset pushing Cokes, fries and Big Macs through the drive-thru window. I honestly cannot recall what meandering and cockamamie story I came up with...but as I can recall, it worked.”

Now, that store is part of the duo’s McDonald’s acquisitions.

The Thorntons’ work ethic and ability to operate as a cohesive team allowed them to grow their franchise.

“Thornton Enterprises has grown by five McDonald’s restaurants in less than two years,” Dale said. “We have significantly adjusted our operations approach.”

For Thornton, McDonald’s is more than just a business opportunity; it’s a way of life.

“What McDonald’s is for us, my son and I … we have never underestimated the ministerial aspects of what we do daily. We touch lives, we change lives, we know the jobs that we’ve created in the community,” Thornton said. “We hope to partner with my son’s alma mater and the surrounding community for any appropriate opportunities for giving back. That’s what we live for. I can’t think of any better opportunity to affect and change lives.”

As franchise owners, the Thorntons spend a lot of time getting acquainted with current employees and the community.

“We hope our employees remember having worked for a black man and the type of personality he had in taking the time with the crew and spending time getting to know and motivate them,” said Thornton, who added they have also contributed to five community charities.

Thornton said that working with his son hasn’t been a challenge.

“We are on the same page about the community, our support and love for people…and making a difference. McDonald’s has played such an important role in my relationship with my son. I feel that the time we’ve spent together is a testament to our ministerial approach to our business,” Thornton said.

Thornton added that fathers and sons can learn a lot from each other; and when running a franchise together, Thornton said “that kind of wisdom can go a long way.” 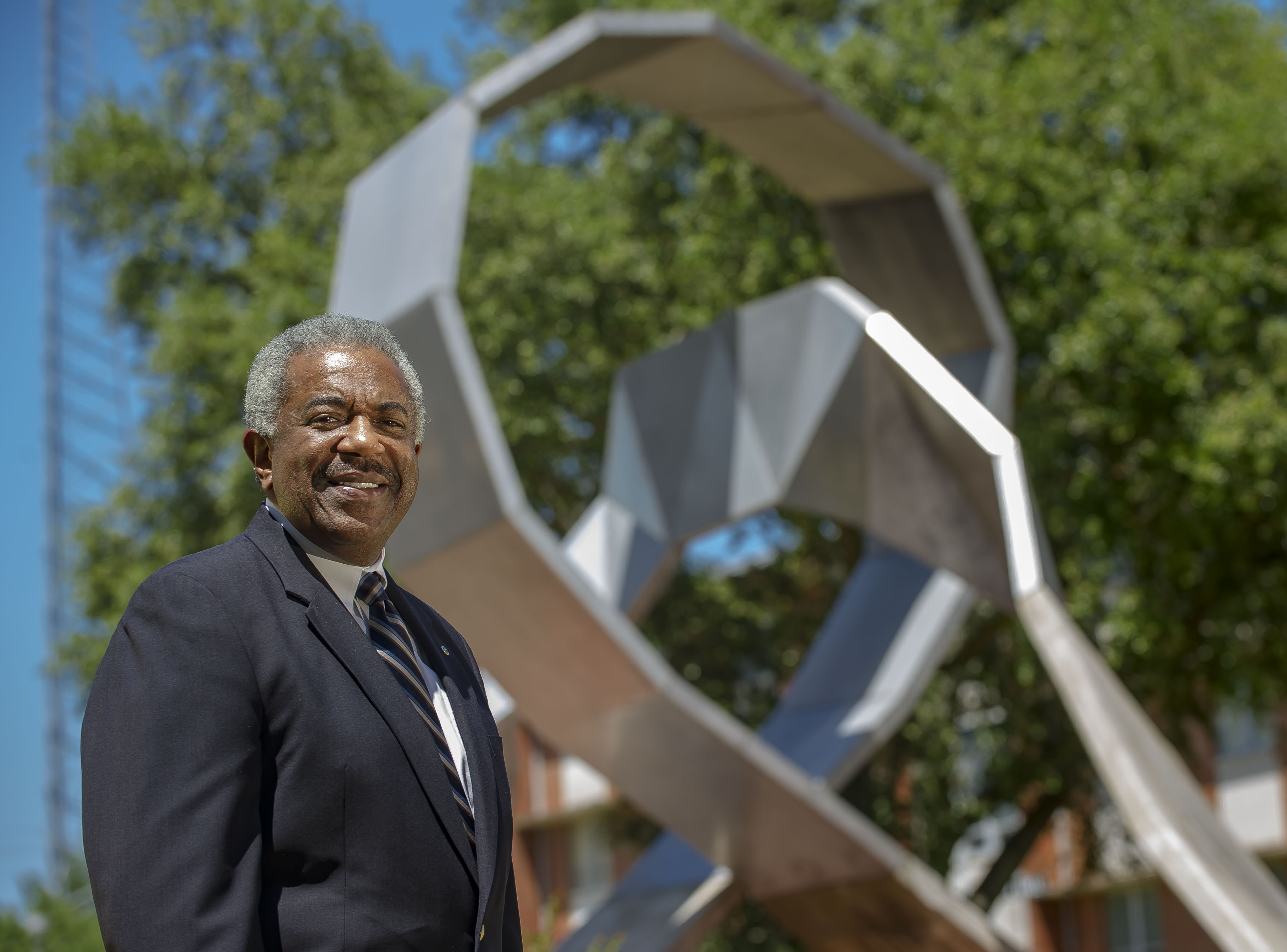 Larry Thornton Sr. stands before “The Equinox” monument , which he assisted  in it's creation,  that graces the lawn at the center of Alabama State University. Photo by  David  Campbell/ASU.

Away from the Franchise

Aside from running his company, Thornton sits on the Board of Directors of Synovus Bank, has held numerous positions of community leadership to include being the first African-American President of The Club, and is currently the president of the world’s largest membership - Kiwanis Club of Birmingham. In 2019, Thornton was named CEO of the Year by Birmingham Business Journal.

Thornton also wrote his first book, “Why Not Win?: Reflections on a Fifty-Year Journey from the Segregated South to America's Board Rooms - And What It Can Teach Us All.”

”’Why Not Win’ reflects the useful lessons I’ve learned on my journey and the anecdotes associated with them. It’s about personal accountability and responsibility. Tom Joyner, former host of the nationally syndicated ‘Tom Joyner Morning Show,’ was kind enough to write the forward for me.  This book has changed my life,” said Thornton. “Since my book, I have delivered five college commencements.”

A man of multiple talents, Thornton is also a nationally recognized artist. He assisted with the creation of “The Equinox” monument that graces the lawn at the center of his beloved alma mater.

“I will always be grateful for having found my identity and appreciation for the arts at ASU. Those individuals who find themselves through 'self expression' (fine arts, poetry/creative writing, thespian, music, dance)...are some of the most fortunate people on earth,”  Thornton said.

Thornton said he credits his high school English teacher for where he is today.

“I was a classroom failure until my senior high school English teacher, Miss Nichols, showed me I had value and encouraged me to go to college.  She played a pivotal role in my life even today.” he said. “She changed the trajectory of my thinking about me, race and life. That’s why we should never give up on our students.