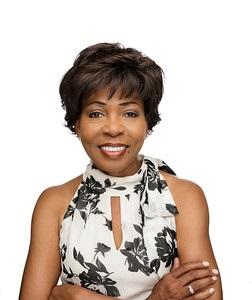 Seeing Juliette McNeil today, one might be surprised at her painful beginnings.

Juliette, an Alabama State University alumna, not only has been a successful government executive, but she also is married to a renowned entrepreneur and has enjoyed a Washington, D.C. social life that has included such “A List” names as Barack and Michelle Obama.

In stark contrast to the personal and professional successes of her adult life, Juliette’s childhood was one of constant abuse and painful neglect, but she has drawn on spiritual strength and inspiration to turn an abusive childhood into a triumph of faith and forgiveness.

Her journey from victim to victor is revealed in her new book, “In From the Cold.”  The 128-page book is a raw and intimate recounting of the lessons she has learned about life, love and letting go.

"My abusive childhood could have defined my life, but instead I survived through faith and love,” Juliette said.

“In From the Cold” portrays McNeil’s life in vivid detail and is a written testimony of her life’s journey of triumph over adversity. Through this candid memoir, readers will be able to experience the writer’s pain, grief, loneliness and heartbreak, as well as her happiness, peace and successes.

“I was driven to write the book because I was diagnosed with early-onset Alzheimer’s. When my mother died, there was no keepsake left behind to remember her by. This book is a way of leaving something behind for my daughter and grandchildren so that they know who I was and know about me,” Juliette said.

Juliette said her book’s title was inspired by her life experiences.

“I had a hard and cold childhood,” Juliette said. “I know I’m in a much better place than where I started, so that inspired me to say ‘In From the Cold.’”

The Birmingham, Ala., native grew up in a harsh, unloving home in the segregated South. She said her only consolation was the quiet assurance that God loved her no matter what.

Juliette was nine years old when her mother died. Her father, who was a coal miner, remarried soon after. Juliette said she had no time to grieve her mother’s death before her stepmother moved in with her family.

“I had to self-grieve. I had no one to support me, to offer me hope, all those things that you like to have when you are grieving,” Juliette sad.  “My stepmother was a very unpleasant woman, and I’m being kind to say unpleasant.”

Juliette said the abuse she suffered at the hands of her father and stepmother was at times unbearable.

“It seemed my stepmother liked me initially because she had three sons. After she had a baby girl, it was as if she wanted to throw me away, to get me out of the picture.  I was treated badly as a result of that. It was abuse — mental and physical,” Juliette said.  “It was terrible. I had no support…I lived in a state of constant fear. Instead of (being a) child, I became a slave.”

Juliette said she had no social life. She said her daily routine consisted of waking up early to clean the house and then going to school without breakfast. She was forced to wash clothes by hand with an old rubbing board, even after her father purchased a washing machine. Juliette said her father beat her mercilessly because of stories that her stepmother made up about her.

Her stepmother wielded absolute power and control over the young girl’s life.

“I didn’t have a father to turn to for any kind of comfort because he showed no interest in his children, even when mother was alive,” Juliette said. “I needed some sort of care and comfort.”

Her childhood was one in which she felt unloved, unseen and marginalized.

“My stepmother would always tell me ‘[You will] never be good for nothing,’” Juliette said.

Unlike many teenagers, Juliette did not turn to drugs or alcohol to escape the realities of her life; instead, she armored herself by turning to her faith. She said she prayed constantly and sequestered herself behind her bed to read the Bible.

“I cried myself asleep most nights between my dad’s displeasure and stepmom’s spitefulness. At some point, I asked God to take my life simply because I didn’t think it was worthy enough to continue to live. God was there lifting me up as he saw my tears and heard prayers. Faith brought me through difficult years of loneliness and abuse.”

Juliette finally escaped her traumatic situation when she left home to attend college. 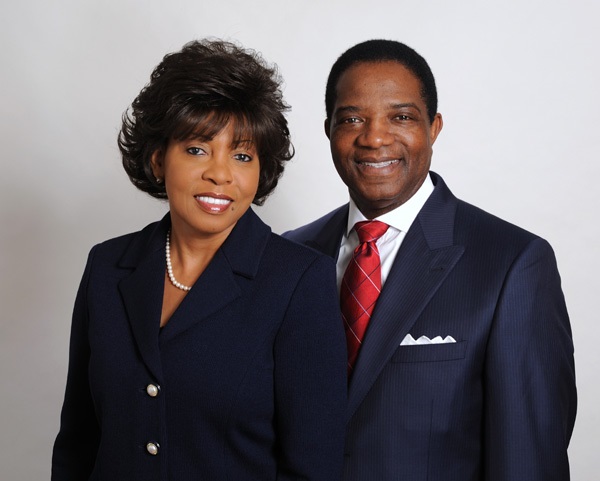 In 1972, Juliette arrived at Alabama State University. Her father dropped her off at the curb in front of her dormitory with two trash bags and a piece of luggage.

That day, she met James McNeil, her brother’s roommate and the man who would become her husband.

“I was sitting on the block when we met. When he first spoke to me, this handsome boy that all the girls liked, I was still finding my bearings. The next night they had a freshman dance. I saw him from across the gym and walked over to say hello. He asked me if I wanted to dance, but I told him I couldn’t. So he told me he would teach me,” Juliette said. “He had me after that.”

The couple was virtually inseparable for the next four years, until James graduated in 1976 with a degree in Political Science and moved to Pennsylvania to take a job. Juliette, who graduated in 1975, stayed behind because she was working for the state of Alabama.

Their love survived the distance. Six months later, Juliette joined James in Pennsylvania where they were soon married. They moved to Washington shortly after.

Juliette went from a lonely, abused child to finding love and acceptance in a joyful marriage. Juliette and James have been dancing together for the last 43 years.

“I felt I had someone who cared about me, who loved me where I didn’t have that at home. He has been very supportive. (Our relationship) was the best thing that could have happened to me,” Juliette said.

In the years since graduation, the McNeils have busied themselves with family and careers, but their unwavering love for ASU has remained constant.

Both Juliette and her husband said ASU gave them opportunities, expanded their world view and played a key part in their successes.

“My experience at Alabama State goes above excellent. I loved being at ASU, and I tried to learn all that I could so I could be the best that I could be,” Juliette said. “(The University) set me on a course that was life-changing.”

Juliette recalls how her accounting professor recommended she change her major from economics to accounting.

“I made the change. That was a critical point for me.  That exceptionally great advice set me up for my entire life because most of my work has been in finance.”

From Victim to Victor

Juliette found purpose and hope through higher education and a successful career with the federal government.

During Juliette’s distinguished career, she became a member of the Senior Executive Service, the highest level one can attain in government, and was recognized by President George W. Bush for exceptional service to the Environmental Protection Agency.  After more than 25 years, she retired from the federal government in 2004. A United States flag was flown over the Pentagon in honor of her retirement.

Juliette is especially proud that she and her husband were part of former President Barack Obama’s inauguration committee and that she served as a volunteer for First Lady Michelle Obama’s Correspondence Office.

Juliette has earned numerous awards and professional distinctions, including the Bronze Medal for commendable service in recognition of her many contributions to the U.S. Environmental Protection Agency.

“My stepmother’s constant drilling of I ‘would never be good for nothing’ was the driving force for my success,” Juliette said.

Meanwhile, her supportive husband was making his own mark in the business world. In 1985, he founded McNeil Technologies, which grew from a small business in his attic to a multi-million-dollar company that was ranked by Black Enterprise magazine as one of the Top 100 African American-owned companies in the nation, based on revenue and employees. He retired from the business in 2006 to concentrate on the McNeil’s philanthropic efforts through the McNeil Family Foundation.

For Juliette, instead of burying the bad memories of her childhood, she chose to use them to help others.

Juliette said the couple’s early experiences have caused them to want to help others.

“As we developed and grew, we wanted to make sure that we gave something back to help people to try to get beyond where they are,” Juliette said.

Their focus on helping others has become a central part of the McNeils’ lives. They have funded the waiting room in the heart wing of a hospital and two wings of another hospital, as well as the James L. and Juliette McNeil Preschool Academy, which is part of the Hopkins House Organization.

The McNeils also award scholarships not only for students attending ASU, but for other institutions as well. They help sponsor their church’s (Alfred Street Baptist Church) annual HBCU College Festival/Fair, one of the largest of its kind in the country. The couple also were major donors to the National Museum of African-American History and Culture in Washington, D.C.

“I think the catalyst [for our successes] is Alabama State. Without having an educational foundation from ASU, we would not be able to do what we are doing now,” James said.  “ASU molds you and gives you opportunities that you never had before. I think my wife Juliette is a prime example of that.  I met her at ASU and met a friend who has remained a friend for the last 47 years [including 43 years of marriage]. All the events are a testimony of how ASU is playing a major role in our lives.”

Juliette’s successful journey meant letting go of anything negative in her life, including the verbal and physical abuse she suffered as a child. She said through her life’s journey, she has learned not to let her past adversely affect her present or future.

“My husband’s support and my continued faith have freed me from the internal silent screams of unworthiness that my stepmother buried in my head,” Juliette said. “I had to let go of anger and the mistakes of my parents.”

Juliette said she hopes her book offers encouragement to others in her situation.

“If you have a harsh experience with family or whomever, you still can be successful and move past it and have a great life regardless of how you started out. It’s something that you can work toward to know that you can get from where you were to a much better place. Knowing you are loved and respected and empowering yourself with a commitment to try is more than half the battle of healing.”