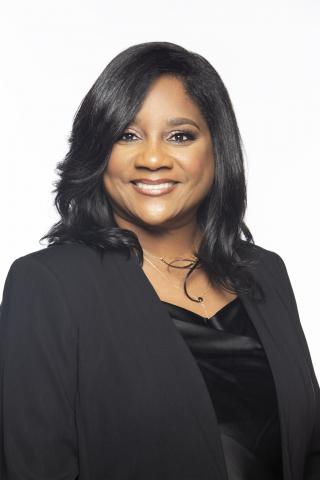 Ross-Clayton Funeral Home Board of Directors has named Alabama State University alumna Dr. Sharon A. Ross as the company’s new president and successor to her father, the late David C. Ross, Jr.  who passed away suddenly on October 14, 2020, due to complications following pneumonia.

Dr. Ross, the  fourth of the Ross lineage to serve as president, makes history by becoming the first woman to head the company. Licensed by the Alabama Board of Funeral Service in 2014,  she worked part time in the business for several years learning the basics from her father firsthand.

“I am humbled to have the opportunity to work and serve in order to continue the legacy left by my father,”  said Dr. Ross said, who currently serves as counselor at Prattville High School. “I aspire to bring new energy to the business while concentrating on the high standards and policies he set for the company. I am honored by the faith he showed in my ability to go forward. I am proud to follow in his footsteps and to employ what I know was his belief: ‘Care for those we serve and serve them well.’”

Dr. Ross is an accomplished educator with two Master of Education degrees from Alabama State University, a Doctorate of Education from The University of Alabama, and Certification in Leadership from Auburn University at Montgomery.

Her professional career spans more than 15 years with both Montgomery and Autauga County Schools. She  is  active in the community by working  with various  neighborhood organizations,  such as   serving  as a board member for the Montgomery City County Public Library, and as a member of the  Montgomery Humane Society and Girls on the Run South Central Alabama.

Dr. Ross looks forward to working with the company’s team to provide the professional service the community deserves. She welcomes the continued support of the staff, which also includes her mother and younger brother, David C. Ross, III.

In 2018, The Ross-Clayton Corp. in Montgomery, Alabama, celebrated 100 years in business, during which time the city of Montgomery presented the company with a historical marker.