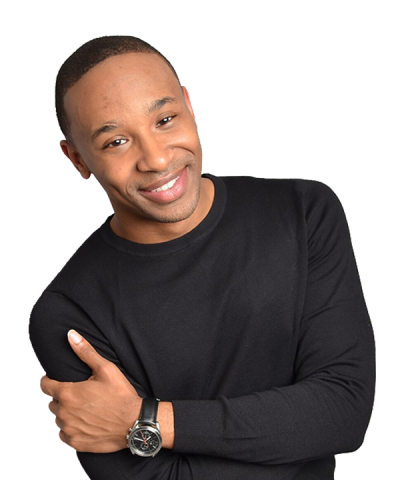 The book, described as “unconventional yet refreshing, is the random yet fulfilling backyard party that

everyone needs from time to time. Perfectly blended like a well-crafted mixed drink, this inspirational daily read is a concoction of scriptures, jokes and off-the-wall quotes that leave readers full of evolving notions of life, faith and self. In the book, Lee recounts several of his own life experiences and the unexpected lessons that came with them. Through his wit and revelations, Lee encourages readers to think more deeply, see themselves more clearly and live more abundantly.”

“’Red Cup Philosophy’ is a compilation of some of the lessons that I’ve learned and the things that I’ve been through. It’s about the unconventional lessons of life. It’s not about me. Never has and never will be. The work, the experiences, the lessons are for those connected to my journey. My life is bigger than me,” Lee said.

The Sylacauga, Alabama native who now lives in New York, said “Red Cup Philosophy “ is book one of a trilogy.

“I haven’t started on the second book, but I already have a concept for it,” Lee said.

Lee explained he learned a lot about himself while writing his book and had some surprises along the way.

“It was a coming of myself, an epiphany of sorts. It was a reminder of my lessons, the things that I believe in and stand on,” he said. “I was surprised how randomly the ideas for the book would come to me -- riding on a train, talking with a friend or meditating. I would recall the lessons associated with those ideas and thought other people might have gone through that, so, I decided that was something I would include in my book,” Lee said.

Lee remarked that his book may not be for everyone.

“I know my book Is not for everyone but for the people that it is for, they are going to get it,” he added.

Lee has a simple answer for first-time writers who don’t know where to begin.

"Just Do It.  That goes beyond just being an author; that goes for anything in life. Whatever you want to do in life, start doing it today.  If it’s writing one page or writing one paragraph or writing down a title, don’t wait just do it. You’ll never finish it if you never start. Also, tell your story your way. Forget all the people that you admire and/or people you aspire to be like. The steps and heights you want to reach, do it your way. Your voice will reach your audience,” he stated.

Lee credits ASU alumna and mentor Corine Woods for where he is today.

“Her words to me were simple, ‘Go. You will be fine.’  I did and I am. I carry those words with me every single day. I would be remiss if I didn’t mention civil rights activist Sheyann Webb-Christburg, who also was my mentor,” Lee said.

Lee, who is known in the entertainment world as Dom, is the founder and CEO of 8th Wonder, a boutique New York City-based entertainment brand management firm. Lee has more than a decade of experience working with personal brands, including artists such as Ciara, Kess, Brando Jones, Tamar Braxton, Future and Yo Gotti.

He also launched Red Cup Philosophy – The Podcast, a series of personal testimonies told by actors, singers, athletes, dancers, authors and creatives who have lived, learned and applied it all moving forward. Each episode takes a brief look into a few unconventional sayings or life occurrences that may not have made sense in the moment, but later turned out to be some of the biggest “Ah-Ha” moments.

“The podcast, following in the footprints of my book ‘Red Cup Philosophy,’ leaves each listener full of hope, joy and confidence in knowing that life is full of lessons and shots of wisdom that we all must drink one sip at a time,” Lee explained.

Lee is a member of Alpha Kappa Psi, Professional Business Fraternity, Inc., Alpha Phi Alpha Fraternity, Inc., and has earned three degrees to date, including his bachelor’s degree in Music Business with a minor in Business Management (2011) from Alabama State University and a Master of Science in Integrated Marketing with a concentration in Brand Management from New York University.

Hard copies as well as e-book versions of “Red Cup Philosophy” can be purchased via www.8thWonderUSA.com, on Amazon and Barnes and Noble. Red Cup Philosophy - The Podcast can be streamed on Spotify and Apple Podcast.

“I’m working on an audio book of ‘Red Cup Philosophy’ narrated by me. That will be at the top of the year,” Lee said.