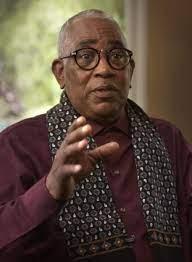 By Hazel Scott/ASU
Alabama State University alumnus Lionel Je'Woodyard is in a Netflix documentary, "Crip Camp: A Disability Revolution," that has earrned an Oscar nod. The documentary was nominated for Best Documentary Feature. 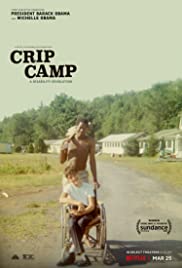 “Crip Camp” won the U.S. Documentary Audience Award at the Sundance Film Festival and the Zeno Mountain Award at the Miami Film Festival last year.
The film follows a group of teenagers with disabilities who came together in the early 1970s at a summer camp near Woodstock, N.Y. The movie indicates that group ultimately helped bring about civil rights protections for themselves and others like them. The camp was open from the early 1950s through the late 1970s.
Woodyard, a former camp counselor, was part of  the  documentary trailer. He discussed what the camp meant to its residents.
“I’m very excited and elated that the picture was nominated. I’m happy to represent my family, my community and all the schools that I’ve attended,” said Woodyard.
The camp, he said, was actually called Camp Jened, and the documentary argues that it helped feed the sense of community that led to the American Disability Rights Movement in the 1970s.
“Everything that was a part of me prepared me to be at this place at that time,” said Woodyard, who worked at the camp for four years (1970, ’71, ’72 and ’75). “It was one of the greatest experiences of my life. It was life-altering and life-enhancing.
”The documentary was directed and written by James Lebrecht (a Camp Jened camper) and Nicole Newnham. It was produced by former President Barack Obama and First Lady Michelle Obama’s production company, Higher Ground. Both of the Obamas are credited as executive producers.
Woodyard pointed out that Lebrecht, a filmmaker, sound maker and disability rights activist, and Newnham pulled old camp footage, did research and raised money to complete the documentary.
“The Obamas joined on after seeing the documentary because I think it touched Michelle’s heart. Her father had muscular sclerosis. In fact, many of the alumni of Camp Jened played key roles in protests that led to the passage of the Americans with Disabilities Act,” said Woodyard, who is the owner of an Atlanta Chauffeur Service.
Woodyard said he wasn’t the only one at Camp Jened from Alabama State, but he’s the only one with a speaking part in the movie.
“Maurice Thompson, Archie Rugg, Lillian Showers Riley and Mildred Phillips and I were a part of the Camp Jened experience. Because of what we did at that camp, every handicap sign and ramp that you see today, and every curb that has a little slit in it is because of our camp.”
Woodyard said he would be remiss if he didn’t mention Gene Morgan, a camp director who hired him.
“We were all about making people feel good about themselves,” said Morgan, an ASU alumnus (’61).  “At the camp, we gave them (the campers) the freedom that they didn’t have back home. We treated them like everyone else.”
Riley, who graduated from ASU in 1972, was an adult counselor at the camp. “I was able to mingle with the younger campers. We were all family. It was a rewarding experience. My children know about the camp.  It’s a legacy I can pass on to them.”
Prior to appearing on the big screen, Woodyard was  featured on the small screen as part of Brain Williams’ NBC Nightly News special segment, "People Who Are Making A Difference.” The segment discussed Woodyard’s community works, especially the mentoring work that he does at an Atlanta Public School, BEST Academy at Ben Carson for Young Men.
In March, he will be featured on NBC 15’s Greg Peterson’s show in Mobile, Ala.
Woodyard has won several awards and recognitions, including being named Member of the Year 2012 by the 100 Black Men of America Atlanta Chapter.
The 93rd Academy Awards airs Sunday, April 25, at 7 p.m. CST on ABC, and will be live streamed on several services, including Hulu with LiveTV, Fubo, AT&T TV and YouTube.
Woodyard and ASU
A native of Mobile, Ala., Woodyard earned a bachelor’s degree in Social Sciences from ASU in 1972. He gives special recognition to several people in his life --  his mother,  Morgan; Bishop State Community Dean, Sanford Bishop; and ASU.
“Bishop State was originally the Mobile branch of Alabama State College, now Alabama State University. ASU played a vital role in my life because it provided me an education to make me globally competitive. It prepared you to deal with the world. Alabama State is in our lives and will always be a part of our lives,” he said. “If it wasn’t for Alabama State, none of us would be where we are in our lives. Alabama State took a chance on us when no one else would.”
While at ASU, Woodyard was a member of Alpha Phi Alpha Fraternity,Inc., and the Mighty Marching Hornets Band, served as the vice president of the Student Government Association and was a member of the NAACP, SCLC and the Martin L. King Focus Group.