Alumnus Gifts $60,000 Plus for Scholarship 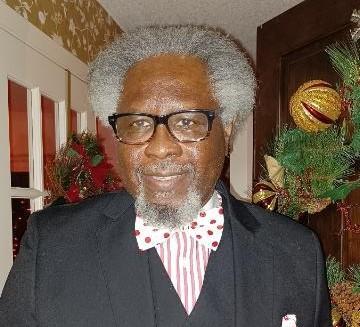 For alumnus W Rayford Johnson, the ability to pursue his dream was made possible by the scholarships he was able to attain at Alabama State University and beyond. He wanted to give other ASU students the same opportunity to advance their academic opportunities and realize their dreams.

Johnson, who lives hundreds of miles from his alma mater, found a way. The Alabama native, who now lives in Minnesota, has committed to give more than $60,000 over the next 10 years through the scholarship he created -- the ​Mr. W Rayford, Miss T. Eleana P. and Miss Jacelyn Penee Rainere Johnson, Music, Accounting and Theater Scholarship. ​

“I just felt compelled to give back, to afford the same opportunities to students that I received at ASU,” Johnson said. “I wanted to help because a tremendous amount of assistance was given to me when I was in school.”

The scholarship will support students in three categories of majors: Music, Accounting and Theatre Arts.

The scholarship is given annually in $7,000 increments, distributed among the three disciplines. The ​​scholarship will end in 2029.

“​The scholarship was  $6,000 initially and it was increased to $7,000. ​We suspect the scholarship amount will increase each year from this point on,” he said.

Johnson’s spirit of giving is highlighted by his past deeds. “When I would send students from Minnesota to attend ASU, my wife and I would take care of the students’ books or their transportation or something as a means of helping them to cover some of their expenses for attending school.”

Johnson, who is the 2020 Founders' Day recipient of the Spirit of Marion Award, is an accomplished musician, conductor and composer. He was the first African American to be a member of the Minnesota Choral.

The retired music educator, who spent more than 37 years in the St. Paul Public Schools system, now travels with his professional band “The Tangents,” who are a part of his music production company – Johnson Productions. The 74-year-old also still plays with the Minnesota State Band and the Plymouth Concert Band. He also is the principal tuba with the St. Anthony Orchestra and serves as guest tuba performer with the Golden Valley Civic Orchestra.

Johnson received his bachelor’s degree in music education from ASU in 1970. While attending ASU, he was SGA president, a member of the University Choir, a member of the marching band, ​the only student on the Alabama State Institutional Sub Study committee​ and was president of Trenholm Hall, now Card Hall,  for two consecutive years. He later earned his master’s degree in music from the University of Minnesota.

“I love ASU. I’m a proud Hornet!” he emphasized.

In order to be eligible to receive the scholarship, students must have a minimum 2.5 GPA, must be accepted and enrolled at ASU, and must pursue a major or a minor in one or more of the following fields of study: music education, jazz study, accounting, or theatre arts.