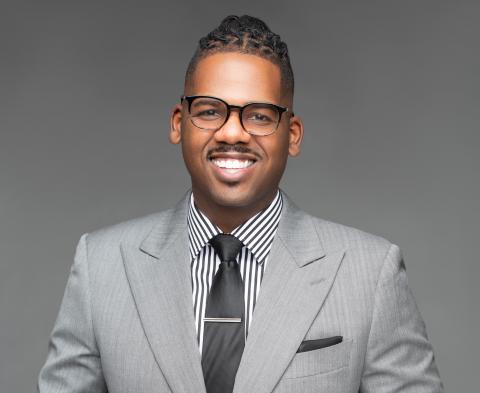 A die-hard Alabama State University Hornet is throwing down the gauntlet to other ASU alumni who are on campus for Homecoming Week – join him not only to reminisce and have fun, but to give back as well.

Brandon Hurst, one of America’s youngest Chick-fil-A franchise owners, said to continue to keep the ASU legacy going, he has issued a challenge to ASU alumni and supporters to give a monetary donation to ASU. He will match dollar-to-dollar all donations up to $10,000 for the Brandon J. Hurst Student Support Scholarship Fund.

The fund is designed to support students with their academic needs and also with funding to attend conferences and to take advantage of professional development opportunities.

“To take care of 'home,' I encourage alumni to give at whatever level works best for them,” said Hurst, a 2010 accounting alumnus. “The University does such a great job preparing us for our careers and it is so important that we give back, when possible, so other people can have the same opportunities we had.”

To answer the call to Hurt’s challenge, a website,  www.alasu.edu/hurst, has been created to help donors give and learn more about the challenge. Several announcements will be made about the challenge at Saturday’s Homecoming game between ASU and the University of Arkansas at Pine Bluff. People can text during the game to make their donations.

“I want all our University alums and investors to rally around such a wonderful cause so the rest of the world can see that we have great things happening at Alabama State,” said Hurst.

A restaurateur and entrepreneur, Hurst said he is heavily invested in the development of his company’s team, in addition to community organizations that support financial literacy, education for youth and performing arts as a form of character and leadership development.

His commitment to and involvement with the University have been symbolic of his mission.

Hurst explained that he is personally pledging $25,000 to the University: $10,000  will be matched during the Homecoming game that will support the College of Business Administration (COBA) Support Fund, $10,000 will go toward supporting students in the Mighty Marching Hornets Band and he donated $5,000 in September to support the ASU Student Support Fund ran by Bama State Society.

“Alabama State University was so crucial to who I am today, and it’s important that those coming behind me are afforded the same opportunities,” he said.

“I’m bringing my 13- and 15-year-old nephews to get them exposed to all that ASU has to offer,” Hurst said.