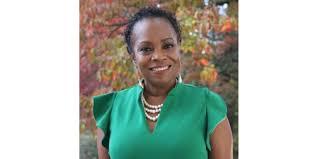 Mayor Beverly H. Burks, an ASU alumna (’92), broke the barrier that has kept men at the top ranks in Clarkston, Georgia, when she took the oath as the city’s mayor on her birthday.

Burk is the first African American and the first woman to lead the city in its 128-year history.

“I’m excited to be the first African-American woman to be mayor in Clarkston,” said Burks.  “I’m very humbled and blessed. It’s a wonderful opportunity every day for me to be able to serve in the community that I live in, to create policy and procedures and programs that make a difference, and improve the quality of life for our residents and staff.”

Burks, who pulls double duty as mayor and as the director of Community Engagement at the Fulton-DeKalb Hospital Authority (the 5th largest safety net hospital in the United States), was elected to Clarkston’s city council in 2015. She ran for mayor two years later but lost.

“I decided to run again during a special election to replace former Mayor Terry Turner, who vacated the seat for a commissioner’s seat,” she explained.

Burks reflected on one of the most difficult challenges she had to face last year during the mayor’s race.

“I had breast cancer the same time I was running for mayor… But I beat breast cancer and went on to win the election,” she pointed out.

Clarkston, a city with a population of nearly 13,000, is known as the most diverse square mile in America.

“We have within 1.5 square miles people from over 50 different countries, six different continents.  The community is extremely diverse.  So, creating and developing mechanisms for us to communicate and get them engaged is very important to me,” said Burks.

As councilwoman, Burks said she  strongly supported and voted for a number of initiatives including a $15 minimum wage for city employees, making Election Day a holiday,  ensuring that employees have paid maternity and  parental leave and  for decriminalizing marijuana possession.

“We had a very aggressive agenda,” she said. “All that we supported became law.”

Burks’ community involvements and organizations are extensive. She is a member of professional and community organizations, including the Alpha Kappa Alpha Sorority, Inc., Coalition of One Hundred Black Women, National Association for the Advancement of Colored People (NAACP), National Association of Female Executives, National Black Meeting Planners Association, Junior League of DeKalb County, and the DeKalb Democratic Party.
As a community advocate, she serves as project coordinator for Clarkston's COVID-19 Task Force, which has distributed more than 20,000 masks to residents to reduce the  spread of the virus.

“I have several goals I would like to push forward, but one of my immediate goals is ensuring the community is prepared for COVID spikes during the cold season,” she explained.

For more than 10 years, Burks was the executive director of the national Pan-Hellenic Council, a collaborative council composed of historically African American Greek-letter fraternities and sororities, and worked for more than 17 years for several fortune 100 companies as a business consultant and technical manager.

Burks said she is focused on continuing her community service and engagement as mayor.

Burks, who graduated from ASU with a B.S. in Computer Information Systems, sees the University as a pivotal player in her success.

“I love my ASU. It was the foundation for me. When I was there, I interned for IBM and later was employed by the company. I also worked for AT&T. ASU gave me the skills that I needed to be a global player. ASU was a great fit,” said Burks.

As a student, she became active in the Alpha Kappa Alpha Sorority Inc. and Alpha Kappa Psi Business Fraternity. For more than nine years, she has been a member of the Atlanta Chapter of the National Alumni Association.

Burks sees her election as a victory for African-American women across the country.

“Last year, 2020, was the year of women, especially for black women. When you look at Georgia, we were able to elect the first black senator and the first Jewish senator. It was the ground game for so many black women who made it possible for us to change the dynamics of our state and give women empowerment to know they can be in leadership roles. I’m very proud of all the gains we’ve had on a local and national level,” exclaimed Burks.