Alum Teacher of Year for State of Alabama! 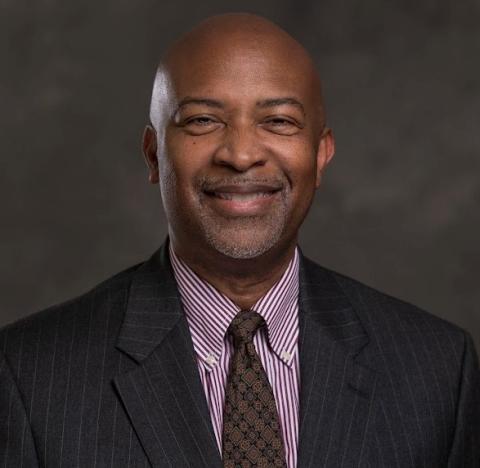 An Alabama State University alumnus has won the highest honor for an educator in Alabama by being named the Alabama Teacher of the Year for 2022-23 during a ceremony held on May 11 in Montgomery.  The award is given annually by the Alabama State Department of Education.

ASU graduate Reggie White (’96) won the coveted accolade out of a cohort of 150 of the state's top educators representing public schools throughout Alabama. White is a fifth-grade math and science teacher at the Birmingham City School System's Booker T. Washington K-8 School, located in Titusville, Ala.

The Choctaw County native has a background in reading comprehension and he believes one of the secrets to his success is his overall goal of helping create a teaching atmosphere where all students feel valued and inspired to achieve their dreams.

“I believe it is important for my students to see me as a real person. I ensure that my students are connected to the world around them,” White said.

ASU's President, Dr. Quinton T. Ross, Jr., attended the Montgomery ceremony where White won his statewide honor and recognition. “I was truly filled with Hornet Pride when Mr. White received the designation as Teacher of the Year,” said Ross. “Having learned of his accomplishments and his work with young people, I know that he is an estimable representative of the University’s legacy of producing impactful educators. The College of Education is the flagship college for ASU, and we are proud of the excellent instruction and preparation that alumni like Reggie White have received for more than 150 years.”  White said that ASU prepared him well to succeed in his profession.  "Alabama State University really helped to lay a solid educational foundation for me, which allowed me to build upon it all the way to the present, which ultimately contributed to helping me win this award," White stated. "The University helped me strengthen my philosophy of teaching and learning and what it takes to be effective. So many great instructors impacted my life at Alabama State, and I still use what they taught me on campus today at Booker T. Washington K-8 School."

REFLECTS ON ASU FACULTY - HELPED HIM TO ACHIEVE GREATNESS

White stated ASU professors helped him to become a great teacher and motivator for his students.

"I had faculty members at ASU like Dr. Weiss, who helped me understand the importance of critical thinking and collaboration. The Theatre Department's Dr. Stewart inculcated the need for creativity in me, while Dr. Lucas provided so many strategies for effective classroom management. Our football leader, Coach Markham, instilled in me the importance of hard work and the list goes on and on," White said.

"I could give so many more names and so many additional stories about my experiences at Alabama State because it truly impacted me in a positive way and taught me what I needed to learn in order to make a difference in the lives of the students that I teach today," White added.

“The students and the families at Washington K-8 School say that Mr. White helps his students grasp difficult subjects, and he makes it interesting,” Sullivan said. “This is a great moment for Mr. White. He is passionate about educating our scholars, and he truly loves teaching.”

In a release obtained from the school system, White is described as being a true inspiration to his students and one who encourages them to achieve. He also gives of himself outside of the classroom by providing tutoring sessions both after school and on Saturdays.

"I have received three degrees from Alabama State and I’m looking forward to getting another one soon," explained Alabama's Teacher of the Year.

"I love ASU because it models the essence of what it means to be committed to students and in doing so, they help us truly learn."

ABOUT THE TEACHER OF THE YEAR PROGRAM

According to the program’s website, as Teacher of the Year, White will “serve as a full-time ambassador for the teaching profession for one year by speaking to civic and professional organizations, P-12 schools, colleges and universities; conducting workshops for teachers; and writing newspaper and magazine articles.”