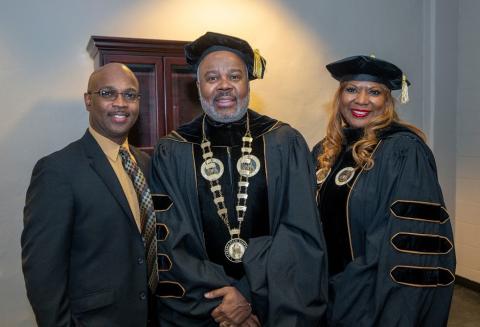 Tait told the audience that he hopes they remember three points from his speech “Who Am I” -- faith, focus and follow through. 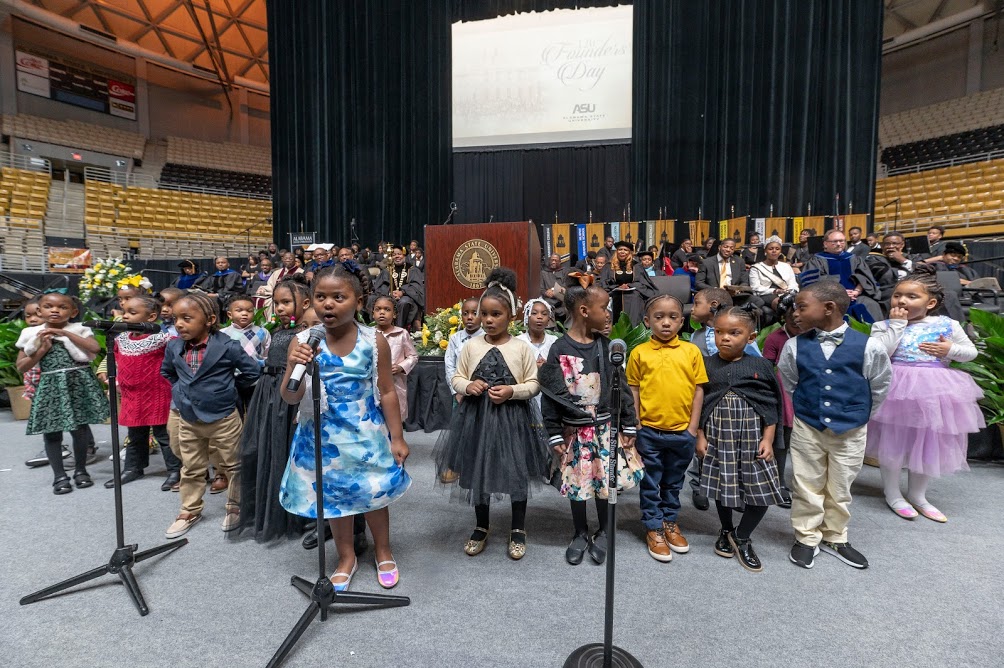 Tait reminds the audience that the school’s founders, the Marion Nine, could not have possibly imagine the results of their efforts 120 years later,

“Their faith, focus and follow through gave them the chance to make something special happen,” Tait said. .

Tait, an alumnus and former SGA president, talked about how the University rescued him and helped make him the person that he is today.  He described how stepping on the campus gave him his “Oh!” moment, a theme that would become very popular in the program.

“The speaker emphasized the importance of having so much pride for your university,”  McIver said.

Highlights from the convocation included a performance from the College of Visual and Performing Arts praise dancers and a presentation by the students from Zelia Stephens Early Childhood Center citing the traditional poem “What I Live For.”

The Spirit of Marion Award

The Spirit of Marion Award recognizes individuals or organizations that create innovation and positive change in an industry.  This year’s recipient is W Rayford Johnson.  While attending ASU, Johnson was SGA president and a member of the marching band.

Johnson is an accomplished musician and conductor.  He was the first African American to be a part of the Minnesota Choral.  Since retiring, Johnson now travels with his professional band, The Tangents.  He also recruits students from Midwest America to attend Alabama State University.  Johnson says he gives back because he adores his alma mater and he’s proud of the Marion Nine.

The Spirit of Tullibody Award

The Spirit of Tullibody Award honors William Burns Patterson by recognizing ASU alums who have made notable professional contributions to the community and to ASU.  This year’s recipient is Juanita McClain Owes.  Owes earned both her undergraduate degree in English and Library Science and her Master of Education degree in Library Educational Media at Alabama State University.

Owes has received numerous awards and recognition for her community work, including the Excellence in Mentorship award. She is a member of ASU’s National Alumni Association and a member of the Montgomery chapter of the Delta Sigma Theta Sorority Inc.

Owes gives back to ASU financially, and she visits the campus to spend time with students.  She also works hard with the Montgomery City-County Public Library to share her passion of reading with young  African-American youth. 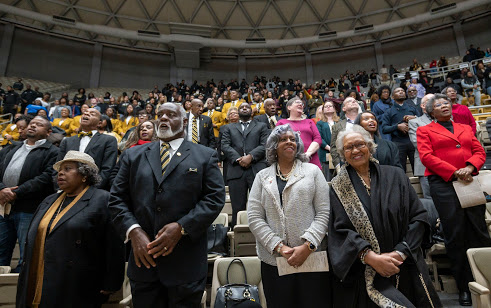