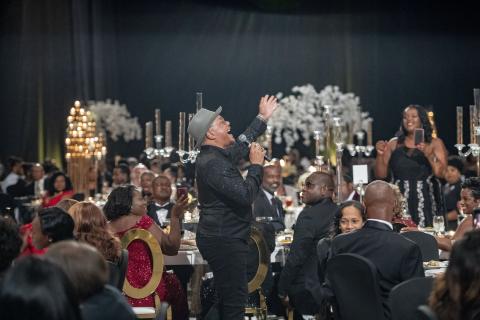 Alabama State University’s President’s Gala was a night of glitz, glamour and a celebration of generosity. The annual event provided an opportunity for the University to thank ASU supporters in a big way with dinner, dancing and entertainment, as ASU celebrated academic excellence. 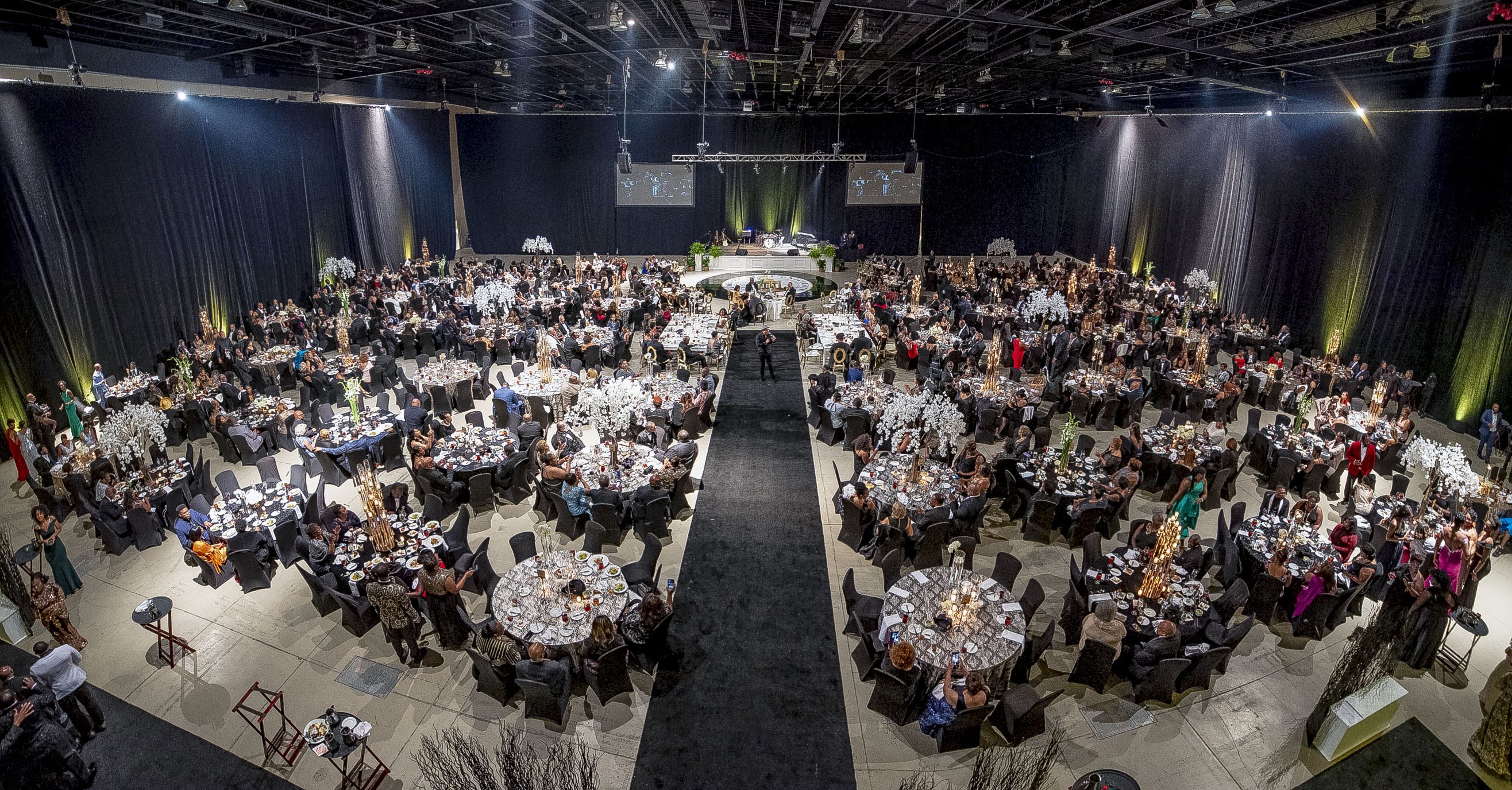 Center, had more than 700 guests from around the country donning their finest fashion to join the ASU Family for a night of philanthropy and celebration. The 2019 gala’s theme was simply “Thank You.”

“It truly was a fabulous occasion,” said President Quinton T. Ross Jr. “The Gala allows us to recognize those individuals and corporate sponsors who have partnered with ASU over the past year. We are so grateful for those who have given to the University in support of our number one mission: student success. We are always grateful for the monetary donations from major donors, but we also are excited about those partnerships that provide internships and other opportunity for our students.”

Guests were treated to fine dining, cocktails and other beverages surrounded by exquisite tables capes and floral displays fit for royalty.

“One of the wonderful aspects of the gala is that it truly pays for itself,” said Jennifer Anderson, ASU’s Director of Development and Executive Director of the ASU Foundation. “Many of our guests pay $200 for their tickets, others purchase tables and some of our guests are sponsors who donations range from $1,500 to above $100,000 dollars. Funds raise above the actual cost of the event are used to benefit our students and initiatives that advance the ASU Forward initiatives.”

The emcee for the night was the Broadway actress of the “Lion King” and ASU theatre graduate, Bonita Hamilton Caesar.

“It’s good to be home,” said Caesar who plays Shenzi the Hyena in the Tony Award- winning musical. “I have traveled the globe, performed before thousands...and have enjoyed my time on the Broadway stage for the past 15 years…all because of what ASU has instilled in me as an artist. I carry the banner of Alabama State University wherever I go. I am forever grateful…and I am forever a proud Hornet!”

The Gala included everything from live music by Montgomery’s Souled Out, led by ASU alumnus Terrance Baldwin, to a Broadway-style opening performance by dancers from ASU’s Bachelor of Fine Arts in Dance program, under the direction of interim Theatre chair, Brian Martin, and James R. Atkinson Jr. The audience also was treated to a rousing performance from the headliner for the evening, legendary balladeer, Howard Hewitt, the former lead singer for the Grammy Award-winning R&B soul/vocal group Shalamar.

In a surprise request, Hewitt called the President and the First Lady to take their place on the dance floor as he sang “This Is for the Lover in You.”

The President’s son, 10-year-old Quinton T. Ross III, was also in attendance, wearing a black tuxedo that matched his dad’s.

The night continued with special recognitions of supporters and donors whose generosity over the past year raised them to the level of being recognized at the Gala.

“The theme of this year’s Gala was centered on two words, ‘thank you,’” said Lois G. Russell, vice president for Institutional Advancement. “We definitely wanted people to enjoy themselves, which they did; but even more so, we wanted to recognize those who love, support and believe in Alabama State University.”

The academic and administrative leadership of the University were at 100 percent in giving, gifting a total of $24,000.

Rounding out the levels was a Planned Gift of $100,000 from well-known entertainer and entrepreneur Eric Nettles, as well as $100,000 from Heavenly RX and $100,00 from the Montgomery County Commission.

“We want to say that these amounts represent a lot of love and support for ASU…From our major donors to those who give from their hearts throughout the year…and for many…every year,” said Anderson.

After the acknowledgements, guests continued their evening of fun and dancing in the ambiance of artful décor.