ASU Board of Trustees Nominating Committee

Composition of the Nominating Committee

When a vacancy on the Alabama State University Board of Trustees occurs, a notice will be posted on this website, and additional communication disseminated as needed via email and social media. The nominating committee will use the criteria below as a guide to evaluating the applicants. Other factors will be used as needed.

ASU Board of Trustees Composition

The Board of Trustees for Alabama State University consists of the following:

Applications are being accepted for Nation-at-Large BOT seat.

The candidates for the Nation-at-Large seat should reside outside of the State of Alabama.

Please click here for the application. All electronic application packets must be submitted no later than 5 p.m. on Friday, July 29, 2022. Interviews will be held on August 10, 2022 between 9 a.m. and noon.

The Nominating Committee prefers that applications for this BOT seat be submitted vial email as one document that includes the application, letter of interest and resume/vitae. The packet should be emailed to asunominatingcommittee@alasu.edu.

U.S. Postal Service submissions must be postmarked by received by the same time and date (Friday, July 29, 2022) and sent to the following address:

Questions related to the BOT position may be directed to asunominatingcommittee@alasu.edu.

The Congressional Districts as constituted in the State of Alabama on October 6, 1975, are shown on the map below. The link to the state statute creating the Board of Trustees for Alabama State University, Section 16-50-20, Code of Alabama, is provided below. 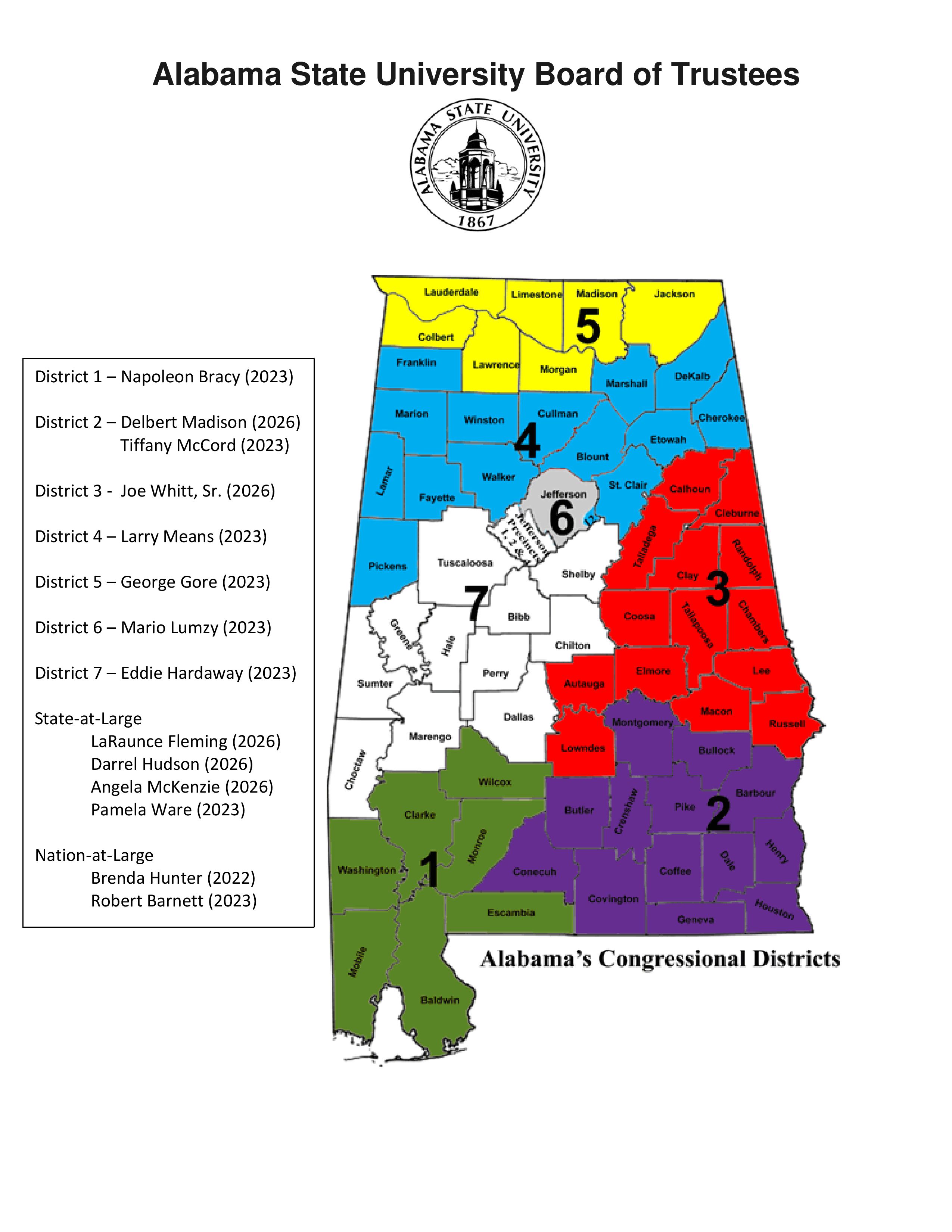