The 2019 President’s Tour Kicks off in Atlanta 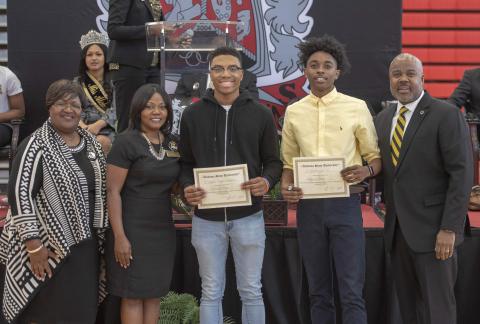 The 2019 Alabama State University President’s Tour, which is March-29-April 13, kicked off today in Atlanta, Ga., one of eight stops on the tour.

The annual tour hit the highways to share an up-close look at ASU in an effort to recruit some of the best and brightest students in towns and cities across the state of Alabama and into the state of Georgia. 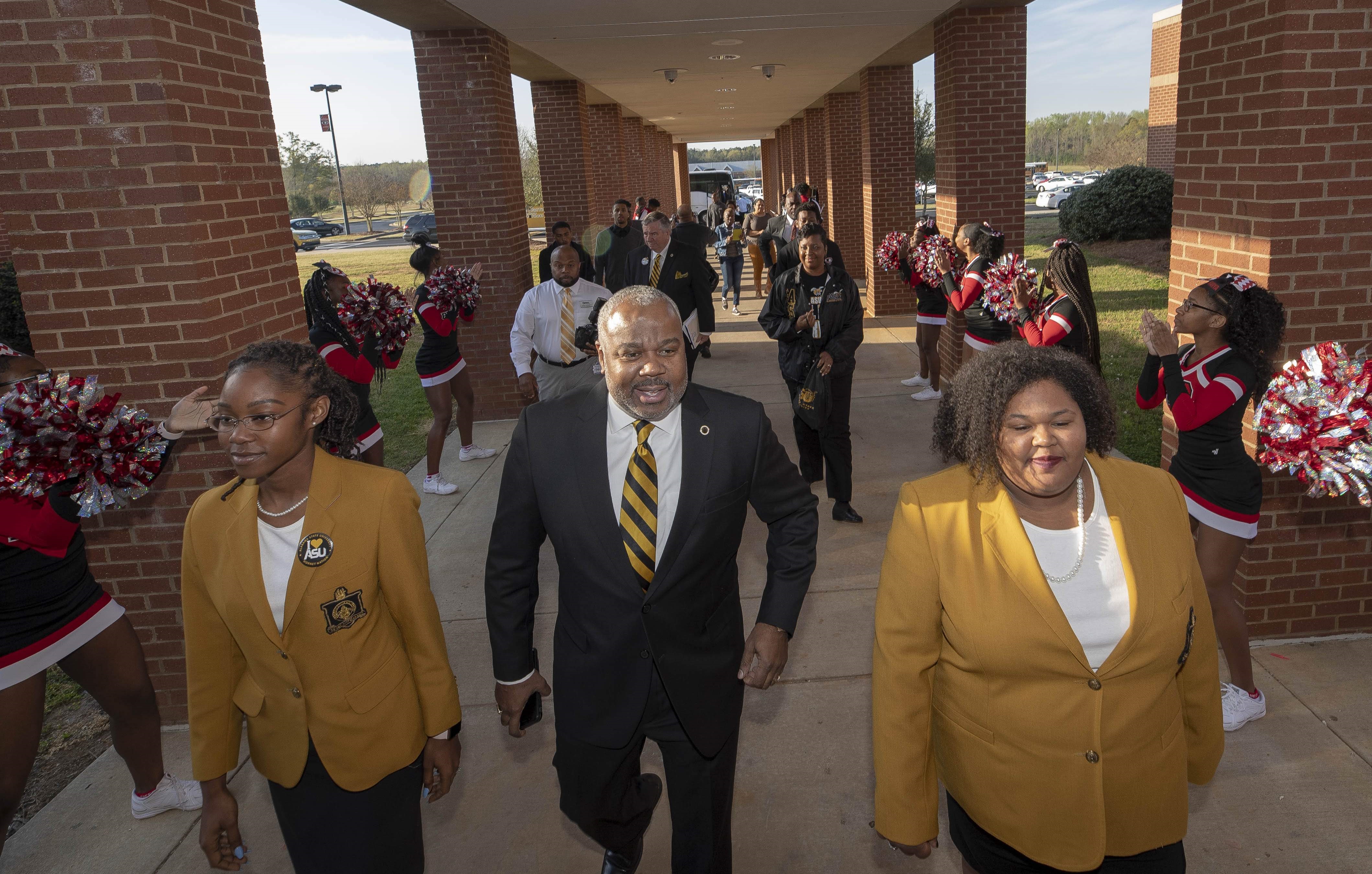 “We’re calling all Hornets to join us when we ‘buzz through’ your area and learn more about why It’s a Great Time to Be a Hornet!” said Alabama State University President Quinton T. Ross Jr.

On the tour, President Ross and his road team (consisting of students, faculty, staff and administrators) will connect with students and parents from multiple high schools, host college fairs and alumni receptions and sign historic MOU agreements with area community colleges to provide a pathway for students who have achieved their two-year or associate degrees to enroll at ASU to attain their bachelor’s degrees.

On Friday, President Ross and the road team took the ASU bus to visit Dutchtown High School and Booker T. Washington High School, one of the oldest schools in the Southeast.

“We are overwhelmed with pride at Dutchtown High School where Nicole Shaw is the principal. They rolled out the red carpet for us and allowed us to come in and talk with all their seniors and juniors,” Ross said. “We are so thankful to the principal, her faculty and staff to allow us to come in and show what The Alabama State University has to offer.

“We were also excited to visit historic Booker T. Washington High School, the first school for African-Americans in the city. They, too, rolled out the red carpet. Dr. Donald Prater, who is the counselor here, is also an Alabama State University alumnus. Nicole Shaw and he were both my classmates when I was their SGA president.”

ASU was able to make some students’ dreams of going to college come true. 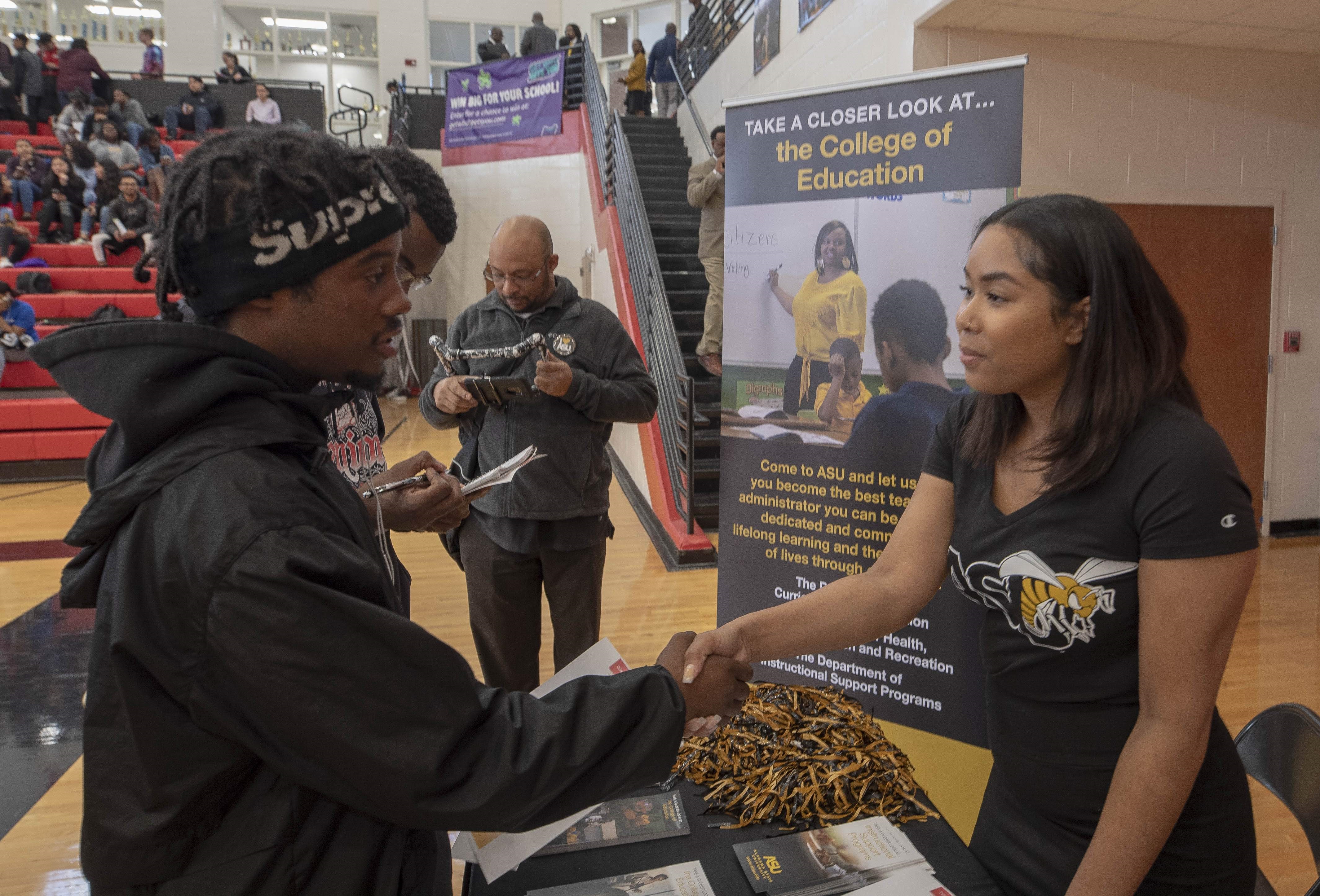 “The students were engaged and we were able to give individual scholarships on the spot. I presented a scholarship to a young man whose mother let us know that he will be the first to go to school in his family.”

Ross said there also were students auditioning for the University band and music department.

“The excitement of being a part of Hornet Nation was in the air,” Ross said.  “We are looking forward to welcoming all the individuals who are choosing to become Hornets and be part of our Hornet family in Hornet Nation.”

The event for today culminated with a 6 p.m. (EST) reception with alumni and friends. At the event, alums, friends and high school scholars were invited to enjoy an evening of networking.  The receptions are free but all alumni planning to attend must register at 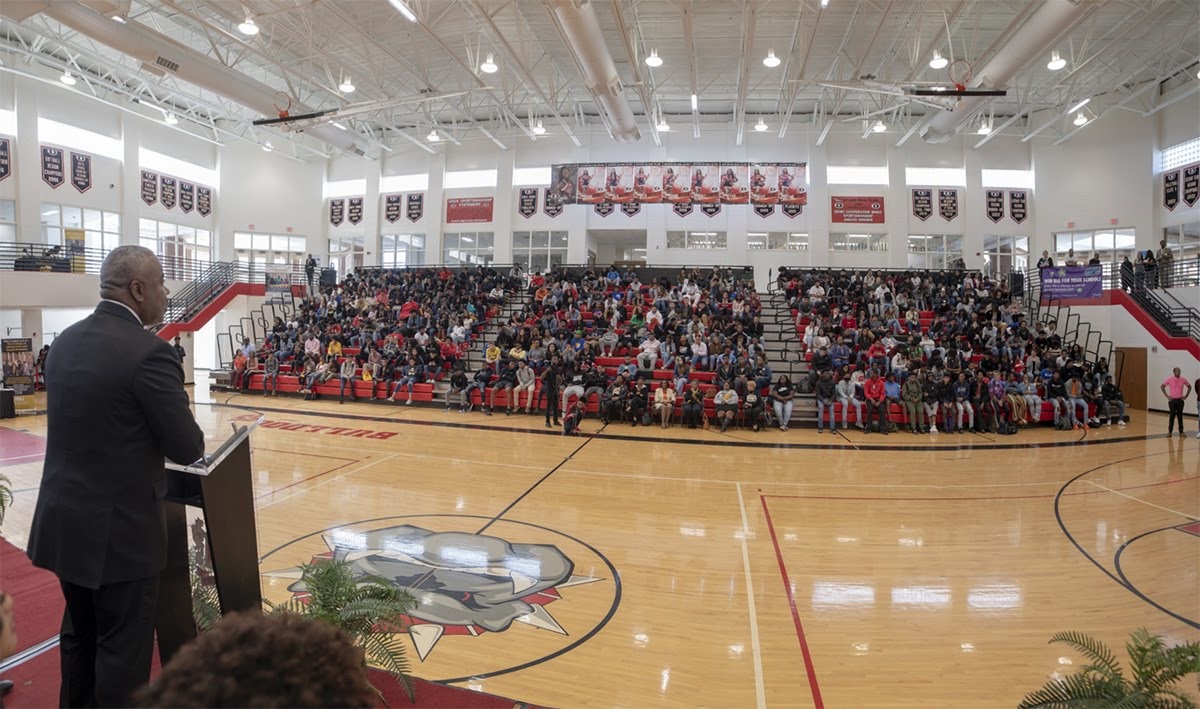 “We are using the tour as an opportunity to bring ASU to the various schools and engage and recruit students. But it is also a time to engage our alumni to let them know ASU is alive and well and to come out and support the school. It’s also a time to thank them for what they do for the University on a regular basis,” Ross said.

Prater, who is also the Atlanta president of the Alabama State University Alumni Association, said he is extremely excited about the Presidential Tour coming back to Atlanta.

“As a professional school counselor, it’s a thrill to give my students an opportunity to see firsthand what an outstanding HBCU looks like. Our students are getting an opportunity not just for a college fair but they also are getting hands-on experience from students who are from ASU, as well as actually seeing a Visual Arts Department. These opportunities are very important for a student who is trying to make a profound decision in attending a college.”

Ross said he thanks his tour team for a job well done. 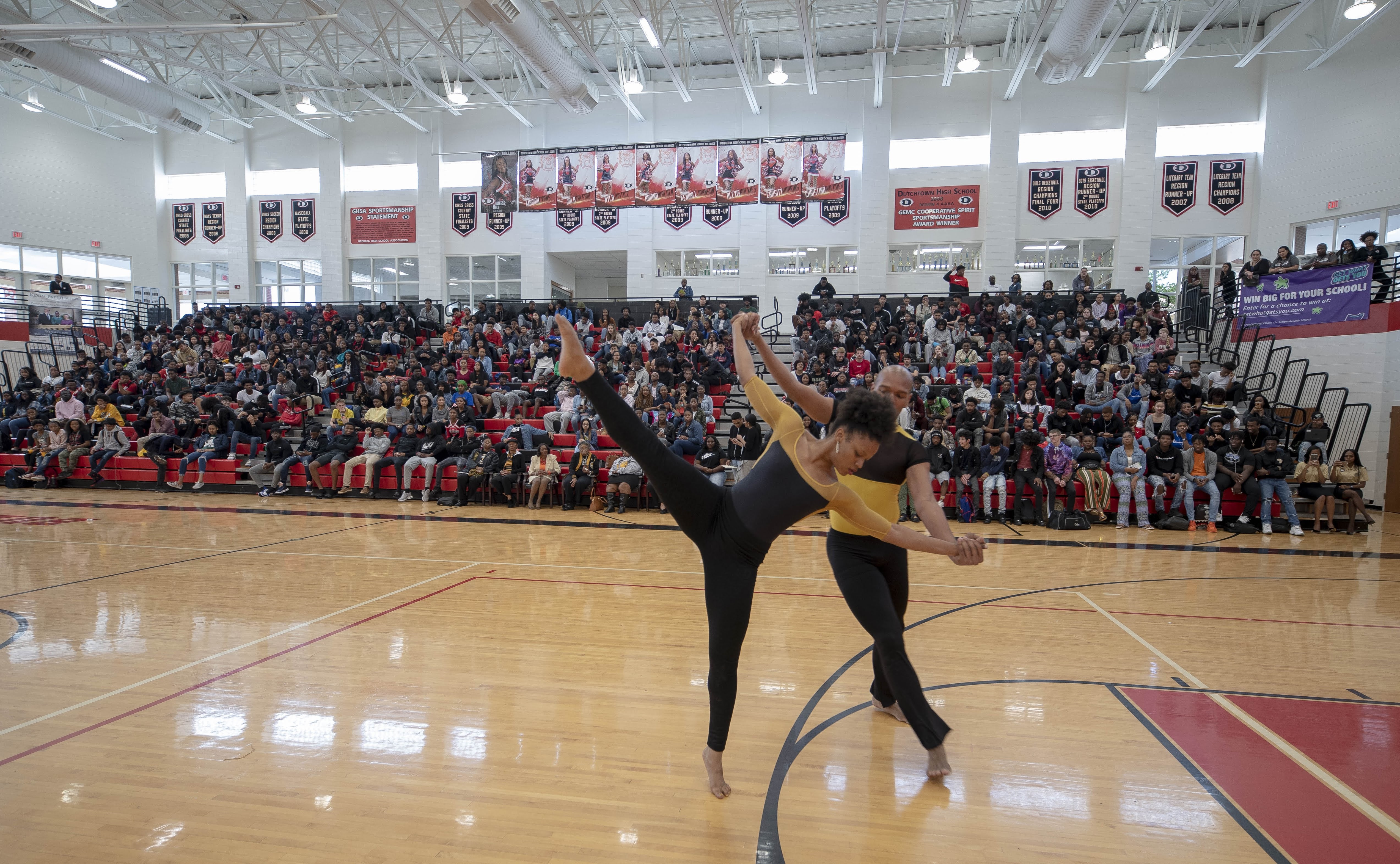 The next stop on the bus tour is Mobile on Monday, April 1, and the last leg of the tour will end with a Hornet Extravaganza, which features the Black and Gold Game at the ASU Stadium on Saturday, April 13.

“We have been received so well in the state of Georgia. The 2019 Presidential Tour has gotten off to an awesome start and we look forward to its continuation as we continue to build and move ASU 150 years forward,” Ross said.

The tour’s complete schedule is as follows:

Come in your Hornets Game Gear!